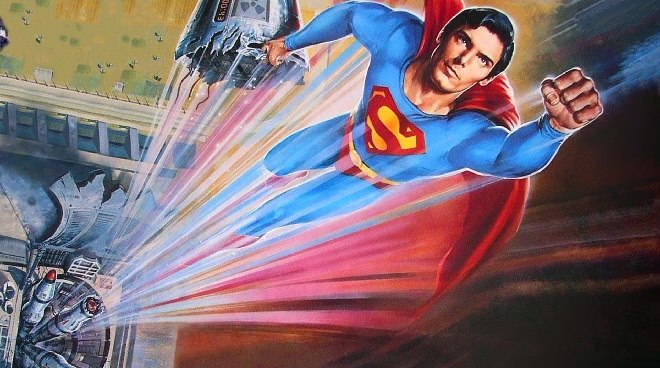 After watching Batman v Superman: Dawn of Nuclear Injustice, the movie made some “interesting” choices for how to portray nuclear weapons, but probably not enough nonsense for a whole episode. Here are some initial thoughts by podcast host Tim.

Warning: spoilers for one scene that surprisingly ends up not mattering at all for the plot.

1) The U.S. military fires a land based ICBM armed with a nuclear warhead to hit Superman and Doomsday as they’re fighting in space. Not only does the ICBM fly faster than any missile I’ve ever heard of, it travels in a non-ballistic path (with course correction?) toward objects moving in a non-predictable path.

ICBMs follow ballistic paths and are used against ground targets like cities that tend not to move, unless you’re talking about the miniaturized city of Kandor that Superman keeps in a bottle. The nuclear missile in the movie detonates right when it nears the moving fight — I’d love to see its targeting parameters.

2) The film does that Hollywood trick where nuclear warheads traveling through space look like bulky cruise missiles and not like big ice cream cones. The director probably wanted the missile to look visually similar to the Soviet nuclear ICBM Superman intercepts that was headed for a U.S. military base in The Dark Knight Returns (TDKR) comic.

Maybe it was just a case of movie copying another inaccurate visual, but the weapon in the comic was especially made to have a bigger environmental impact and larger than normal EMP effects, so maybe the comic version was also a special secret cruise missile instead of a traditional ICBM?

3) It is funny how our Space Situational Awareness can detect two people barreling through space accurately enough to target with a missile but not be able to track Superman when he flies to his apartment or his Fortress of Solitude.

4) The lack of EMP effects from the high attitude nuclear detonation is in contrast to the warhead in TDKR, which cuts off power in the United States and supposedly disables U.S. nuclear launch capabilities, leaving them vulnerable to the USSR nuclear force.

5) Luckily Russia and China did not freak out when the U.S. launched a nuclear armed missile at Superman. Hopefully they gave Beijing and Moscow a heads up first.

6) I was also amazed the movie plot included a discussion of import/export controls on sensitive materials, just with WMD material substituted for kryptonite.

It seems the director, Zack Snyder, really wanted to mesh together the nuclear weapon panels of TDKR and Superman/Doomsday comics, but the final product just looked weird and warranted a small rant. Podcast co-host Joel was much less annoyed by the movie, but what else is new?

On the other hand, Superman IV is bursting with nuclear nonsense, so we’ll be sure to cover that movie soon.

UPDATE: Joel and Tim did a podcast episode on this. Check it out here for more on the nuclear nonsense in this movie.

to the website of a podcast on nuclear weapons in popular culture done with policy analysis, amateur art criticism, and too many puns.

You can find the podcast on iTunes, SoundCloud, Spotify, Google Play Music, TuneIn, Stitcher Radio, and YouTube. Check out Podfollow for the full list.

Visit the Resources page for sources cited in episodes.